D.C. Carbon Fee and Rebate is the answer we’ve been looking for.

Right now, the D.C. City Council is considering introducing a price on carbon that would significantly drive down carbon dioxide emissions in our city — while giving revenue directly back to District residents. As a groundbreaking local response to the threat of climate change, the carbon fee and rebate policy would benefit D.C. families.

Climate change is personal, it is a major threat to my children’s health and future. It will bring more intense and frequent heat waves to our city which already suffers from oppressive and humid summers, and where, as in many cities, heat is disproportionately dangerous for the poorest communities. Additionally, extreme weather events will increase in frequency and we could see more ticks and mosquitoes which carry diseases like Zika and West Nile Virus – even possibly bringing malaria back to the region. Climate change also threatens our air, it is likely to trigger deterioration in air quality over time.

Poor air quality is not something I take lightly. As someone who has been prescribed a rescue inhaler to control my respiratory problems, I know how bad air days can affect my breathing. Sometimes it feels like a sunburn inside my lungs. Air pollution is especially dangerous for children, whose lungs are still developing into adulthood. Breathing polluted air interferes with normal lung development, increases the risk of asthma in children, and triggers asthma attacks. Here in D.C., 12% of all children have asthma, higher than the national average. If you walk into any school nurse’s office in the district you will see evidence of this epidemic – dozens upon dozens of inhalers bundled with their asthma plans.They are stacked, hung, or filed for the children who need them in case of an attack. 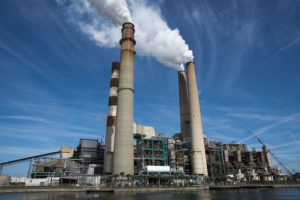 D.C. suffers from poor air quality due to ground level ozone, smog. The American Lung Association has given the District an F for persistent smog problems. Smog is formed when chemicals in the atmosphere react with heat and sunlight. The chemicals which undergo this reaction are known as “ozone precursors” and include volatile organic compounds (VOCs), methane, and nitrogen oxides (NOx). In D.C., ozone precursors come from our region’s infamous vehicle traffic, as well as pollution from power plants, factories, and other industrial facilities that is blown in from nearby states.

The thing about smog, is that heat and sunlight speed up the chemical reaction which creates it. As temperatures rise, smog levels also tend to rise. Climate change and the resulting increase in temperature is likely to increase smog levels in cities across the country, including our district.This will increase the asthma burden in our city, directly harming our children and families.

This is why the carbon fee and rebate policy is important for the health of our community. The policy would charge major polluters like PepcoExelon and Washington Gas for their carbon emissions. The overwhelming majority of the revenue would be returned to District residents. ​The carbon fee would apply to natural gas and oil consumed in the city as well as carbon-intensive electricity and emissions linked to transportation — exempting public transportation. Companies that buy and sell fossil fuels in our city would pay a steadily rising fee on each ton of heat-trapping pollution they cause. Returning that fee to residents through a rebate would ensure that ratepayers break even or come out ahead. Low-income families would receive a boosted rebate to help compensate for the damages of pollution they already suffer from and to alleviate poverty. 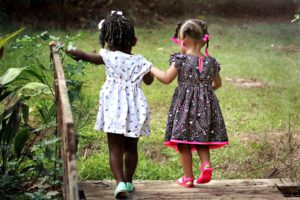 The carbon fee and rebate would result in improved air quality over time. Greenhouse gas emissions from the use of electricity, natural gas, and home-heating fuel would fall 23% relative to a business-as-usual baseline by 2032. Those co-pollutants released alongside carbon dioxide – smog precursors, NOx, and particle pollution among them – would also decline, immediately improving our local air. Moreover, D.C.’s policy could become the basis for other cities, counties, and states across the country to pass similar policies of their own. Widespread action to reduce greenhouse gas emissions will not only improve air quality, but it will also mitigate global warming.

With no voting representation in Congress, D.C. has little obvious influence on the Hill. This doesn’t mean our city can’t lead the rest of the country by implementing climate solutions at the local level which protect our health and alleviate poverty. Our city can show true leadership in the climate movement and serve as an example to cities across the country by implementing a carbon fee and rebate policy. Moms in D.C. and beyond understand this is the right path for our children’s health and future.

Molly Rauch is public health policy director for Moms Clean Air Force. She lives with her family in Washington, DC, where she serves on the District of Columbia’s Commission on Climate Change and Resiliency.