We are excited to introduce Kymone Freeman, local activist and co-owner of We Act Radio in Anacostia, DC, as the newest co-chair to join the “Put A Price On It, DC” campaign!”

We Act Radio tackles the biggest issues facing District residents—from the affordable housing crisis to homelessness and gentrification—and isn’t afraid to take local politicians to task for making empty promises. In 2017, Washington City Paper named his radio station DC’s Best Social Justice Radio. Kymone is also an award winning playwright and the founder of the Black LUV Festival. In addition, Kymone hosted environmental justice salons for our campaign during the fall. Check out photos from those empowering events here and here.

Kymone has brought prodigious talents to the DC community. He is a founding board member for the non-profit Words Beats & Life, which focuses on propelling individual lives and communities through hip-hop. He is also the co-founder of Bum Rush the Boards, which is the largest annual youth chess tournament in DC. And he one first place in “Public Radio News Directors Incorporated’s” award  for his Lion and the Map Commentary with the Anacostia Unmapped radio series on NPR. Listen to that series here:

Kymone was featured in the most controversial Ebony magazine in recent history and also on the PBS Online Film Festival for the short film “Fresh Prince of Anacostia”. Currently, he is directing his first feature film “Patriotic Treason: The Story of John Brown”. Kymone, along with a few others, has led massive non-violent protests against police brutality in the nation’s capital.

Kymone is a true activist who works everyday to make his community a better place. We are lucky to have him! 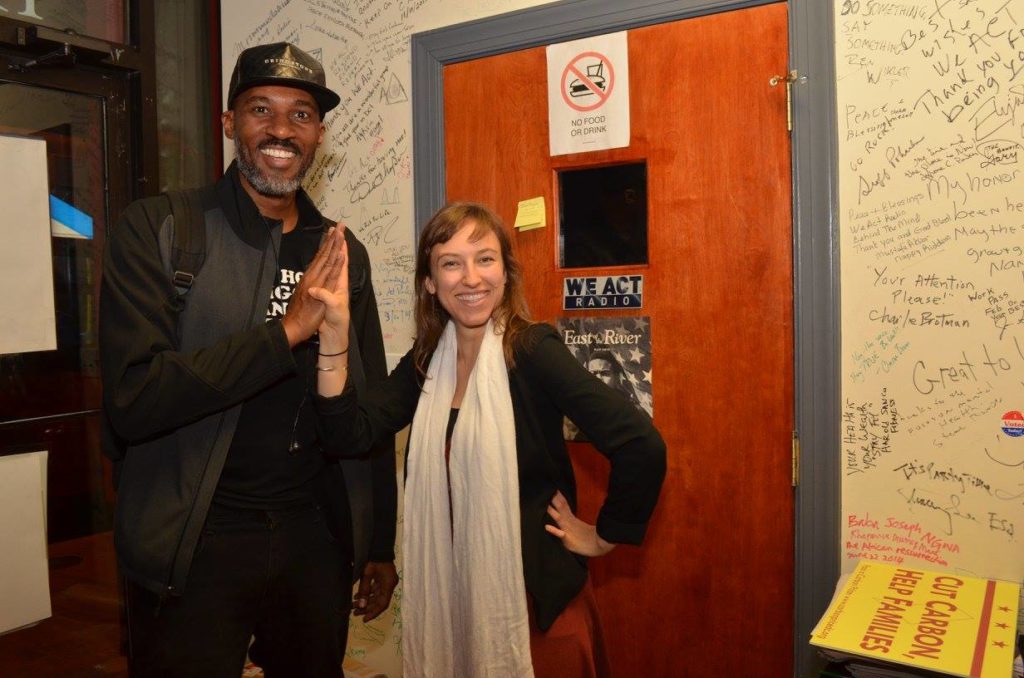